About us
Meet our team
History & values

CAST in a nutshell

Broadly speaking, improving medicine acceptability refers to all actions undertaken at R&D and formulation departments departments to achieve a reasonable sensory quality of medications (taste, texture, appearance, smell, flavour), to optimize dosing, and to select the most appropriate mode of their administration. The sought-after outcome is not for patients to enjoy the lemony taste of a tablet; rather it is to improve their compliance with the treatment by diminishing the discomfort they experience when administering it.

Whereas all patient populations benefit from acceptability efforts, children and old people are especially sensitive to improvements due to the higher physiological and cognitive responsiveness of their developing and changing bodies, respectively. For instance, determining the age when children can start swallowing solids and the most acceptable size, flavour, and texture for different patient sub-groups can greatly support their compliance with the treatment. Indeed, anyone who has tried to administer a medication to a young child not inclined to accept it or an ailing parent with major cognitive or physical impairments can attest of the importance of prescribing treatments adapted to those specific patients populations.

Assessing medicine acceptability is thus a key aspect of clinical development, as different formulation designs may produce widely diverging levels of patient compliance. It can, therefore, come as a surprise that research on acceptability is, to this day, limited, and there are no international standardized methods in existence.

In 2012, the R&D Department of ClinSearch defines as a priority to develop a reliable method to assess medicines’ acceptability and launches a research programme involving the Senior Scientific Advisors of the company as well as young researchers hired in the framework of PhD fellowships granted by ClinSearch.

The result of a multiyear effort at ClinSearch in collaboration with AP-HP (Assistance publique – Hôpitaux de Paris) public hospitals in Paris, CAST®- the ClinSearch Acceptability Score Test, was born in 2017. In order to develop the tool, an interdisciplinary team of experts led by ClinSearch’s CEO, Fabrice Ruiz and Thibault Vallet, a PhD student from École Nationale Supérieure d'Arts et Métiers, carried out a group of observational evaluations of medicine use in vulnerable populations throughout France. Relying entirely on data obtained in real-world conditions, they developed a model based on multiple correspondence analysis, a data organization model used to investigate the relationship pattern of several category-dependent variables, and clustering, a method for defining a number of distinct profiles for the analysed variables.

In the words of Vallet, “with CAST®, we provide a comprehensive and intelligible score for a multi-faceted concept driven by the characteristics of both users (e.g. age, health status, culture) and products (e.g. palatability, swallowability, usability). Such inclusive judgement criterion is useful for healthcare decision-making. Indeed, selecting the best adapted dosage form permits healthcare professionals to improve medicine acceptability in vulnerable populations and consequently, treatment effectiveness”.

To illustrate how CAST® works, let us consider the data obtained from paediatric populations.

Drawing on a variety of therapeutic classes, modes of administration, and dosages, the team collected and analysed data on several hundred medicines for children under 15 years of age. Since some children were unable to report valid information due to their age, it was the children’s parents or the pharmacists involved in the project that filled in the observational questionnaires on the use of medications and children’s reactions to them. 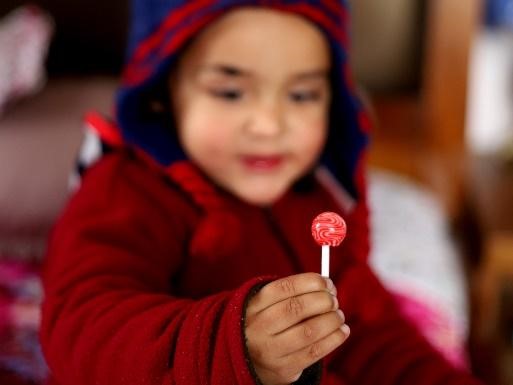 "The results of these assessments raised the possibility of measuring medicine acceptability in a study population"
Analysing the so obtained data resulted in 2 clusters (‘positively accepted’ and ‘negatively accepted’), both of which were statistically validated. Vallet explains taht “the results of the assessments raised the possibility of measuring medicine acceptability in an intelligible reference framework for the paediatric population. A coherent three-dimensional map juxtaposes green and red zones that materialize the positively and negatively accepted profiles, respectively. Any factors of interest (e.g. medicine, formulation, patients’ population) can be positioned on the maps, at the barycenter of the related evaluations, then assigned to an acceptability profile”.

Geriatric populations were studied next. ClinSearch Research Associates, as well as professional healthcare staff of the AP-HP collected the data, filling web-questionnaires with information on the respondent’s role, the patient, the medicine used, and its observed acceptability. The acceptability reference framework showed similarities with the one resulting from the study on paediatric populations, showing clearly separated clusters defining acceptability profiles as positive or negative.

Due to these encouraging, statistically validated results, the utilization of CAST® could lead to significant improvements of medication formulae and enhanced clinical decision-making. Additional data on more formula designs, pathologies, and population segments are currently being collected in hospitals in England and Norway, in order to improve knowledge on CAST®’s application and acceptability as a whole.

CAST® is pending classification as a novel methodology by the EMA as the first standardized method in medicine acceptability.
In addition, it has been covered by the latest WHO/Unitaid Research Toolkit (Module 5, Acceptability).

Meanwhile, the methodology has been presented at the following conferences:


Thibault Vallet is a Research Scientist at Clinsearch.
He has been awarded by the Société Française d’Analyse Sensorielle with the 2018 Doctoral Prize, for his PhD research on medicine acceptability in vulnerable population.


Want to learn more about this? Check out our scientific works.